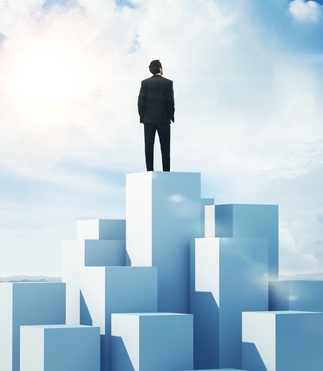 The Gender Pay Gap has been published, now what next? You may be glad it’s out of the way. You may have made an action plan. You may be streets ahead and have already considered that publishing the Gender Pay Gap is not a one off. It is a returning annual event. No problem if your numbers are improving, but you may have quite a bit to explain if the gap is widening.

In many organisations the gap is caused by a lack of senior women. So what can you do to ensure women move up at the same rate as men?

I have been listening out for you to gather practical ideas that my clients have implemented to ensure both men and women move up.

Many people think it’s all about women: lack of confidence, lack of gravitas and life choices. However, if you know me, you will know I prefer looking on the other side: rather than asking how can we change women, I prefer asking how can we change organisations and leaders so they work for women? It just makes more sense. Imagine you made a spade that works perfectly for the average male. Now you can teach every woman how to handle a spade that is probably too long and too heavy, however, it’s much easier and sustainable to make a spade that is actually the right size for most women. In the same way you need to look at your organisation.

Find the causes for the lack of senior women

Before you do anything though, you need to know what exactly is going on in your organisation. And trust me, it is in fact different in each one. You can’t take effective action until you have a good diagnostic of the situation in your organisation. First you need the numbers: at which age/position do women start moving up at a different rate than men? In which business area(s) more than others?

Next you need to understand what may be causing this and you require qualitative data for that. This can be as simple as having a few conversations, or it can be more extensive such as an engagement survey or a series of focus groups with an external adviser.

Change the image of the role

In one organisation I worked with the HR manager asked around a bit and found that a typical step to more senior roles includes client-facing experience. She found that many women weren’t keen on client facing roles as they perceived those roles required a particular type of attitude: always on the road, evening events, and a cut-throat attitude. She could see that indeed, the most visible people in sales roles were working like this.

To overcome this image of a sales role and make it more attractive to a variety of people they made a couple of short video’s where women explained how they make the role work for them and why they love it so much. After all, in a sales role you can have quite a bit of flexibility and really help clients solve a problem.

A manager was keen to have more women in his team, so he phoned up some senior women he thought were suitable for the role and invited them to apply for the vacancy in his team. He quickly found out that – as a senior woman in a male dominated organisation – they got similar calls regularly and weren’t interested.

He realised he needed to look at a level below to find more women, took another look at the role and considered how someone with less experience might be able to do the role. Thus he replaced words like ‘check, validate and provide expert input’  with words like ‘inform, facilitate and support’. As a result almost half of applicants were female.

He hired a woman and found that her approach was very effective. Where the style of the more experienced team members had been ‘policing’ colleagues, she was now facilitating colleagues so they understood the requirements and get it right themselves, which improved the image of the department and saved the organisation work.

When running a series of focus groups for a client participants shared that they felt the advancement process was unclear and not transparent. Statements included, ‘Advancement here depends on who you know’ and ‘People do have their favourites’. In addition it was felt that feed back on how to improve was insufficient. No one seemed to know what the criteria were for more senior roles and what was required of them to move up. The organisation had been growing fast and the informal system that worked in the past was no longer sufficient.

We know from research that in an informal system, typically men do better than women. And indeed, the numbers confirmed that more recently shortlists for senior roles had become male-dominated.

So we updated the competency framework (ensuring both typical male and female competencies were included), updated the role criteria and introduced more regular informal progress reviews. We also introduced leadership skills training in giving performance feed back. This is professionalising the appraisal system in such a way that all employees benefit, and helps women move up at the same rate as men.

Have you already diagnosed what is causing the Gender Pay Gap in your organisation? And, if it is linked to a lack of senior women, what are you planning to do to ensure both men and women move up at the same rate? As you see, it’s often not as complicated as you think. A lot of this you can do yourself. However, if you feel you need help, do pick up the phone, as I am always happy to have chat and advise you further.