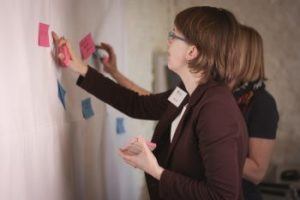 Issue: Women don’t move up at the same rate as men, even though in the past, when the firm was smaller they did. Yet they are keen for all talent to flourish.

Question: Find out what the barriers are for women and advise us on how to take those barriers away.

What we did: we did exit interviews and ran a series of focus groups with male and female staff. Based on the results we advised to design more transparency in the progression process, improve the mentoring programme and add Gender Smart behaviour as a module to the leadership training programme. 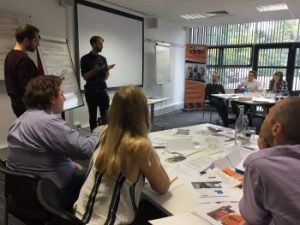 Issue: The client had only ever had one female engineer and she left. They are not receiving CVs from women. Yet, the management team aims to be a great place to work, and attract the best talent. Some of the staff have mentioned they would prefer a more diverse team to work in just like at university.

Question: How can we do better and attract women, and once they are hired ensure we retain them.

What we did: We ran a 1 day all-staff workshop in which we created awareness for gender differences and how to handle them in teams. On the same day the team worked with our input in 3 groups to redesign the recruitment & selection, progression & development and working methods to ensure both male and female preferences are now taking into account.

Result: the actions that were implemented lead to a significant increase in CVs of women received, and women hired. The women hired have been a valuable addition to the team.

Issue: A client in telecommunications is moving their head quarters, and as a result expects significant staff turnover. However, they have just done a lot of work to raise awareness around inclusion and are keen to protect and enhance their inclusive culture throughout the change.

Question: Can you build a digital solution that we can use for on boarding new staff? It needs to create awareness of inclusion, be about 30 minutes, interactive and memorable.

What we did: We cut up the content in 3 minute blocks, and made 10 short video’s. An introduction to Diversity & Inclusion video, 8 inclusive behaviours, and a final module with a summary and quiz.

Format of each video:

Result: The modules have been introduced organically, as part of a wider induction programme. Without a major communications effort the modules have already been started by 40% of staff, with 20% finishing them. It is getting positive responses and starting conversations. The client is now starting a wider campaign, and looking at ways of introducing individual modules in team meetings.

Inge designed and executed the qualitative research for the Royal Academy of Engineering and WISE report into Closing the Engineering Gender Pay Gap Research, published in January 2020. 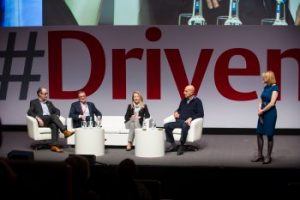 Issue: The client had introduced a women’s network across the EMEA region. However, there had been some negative responses from both women and men about women-only initiatives.

Question: How can we engage all staff in gender diversity, and show them that for us gender is a business issue?

What we did: We designed a session on diversity for the annual sales conference, which included a number of talks and a panel discussion with the CEO, senior women and a (male) key client.

Result: The session was well received, created awareness for the priority of  the topic and stimulated lively debate. It is now followed up with training programmes for leaders, and local events for staff.

Issue: Women aren’t moving up at the same rate as men. However, at the bottom of the organisation we have 80% women.

Question: How can we motivate women to move up?

What we did: A 1/2 day Gender Smart leadership course for men and women

Result: Leaders are aware of gender differences, and how best to leverage diverse talent in their team, and encourage them to move up. A new approach and language to engage with those of the opposite gender in the team, which is already leading to new conversations and increased team engagement. 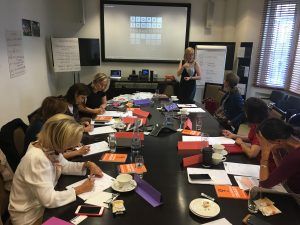 Question: Can you deliver part of our women’s leadership programme, with a focus on allowing women to be their authentic selves in senior positions, so we can harness diversity? Can you also help them take on the role of sponsors or mentors of younger women?

What we did: 1/2 day programme Gender Smart Women.

Result: Top women are aware to what extent they do bring new insights and working styles into the top of the company. They know how to speak up about it, and are aware of ways they can help other women.

Inge was part of the team that developed the guide and designed and delivered the training programme for UAE officials and HR professionals.