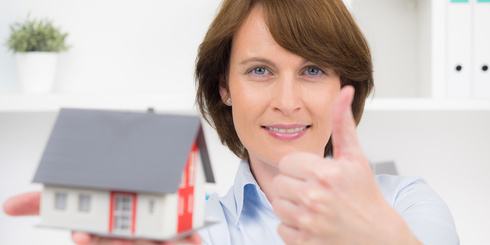 Instead of coming across as confident, you are aware that you just look and sound rather insecure. It can also go the other way. You draw all your confidence together, take a deep breath, tell yourself not to be a wimp and blurt out some great achievements or ideas. Somehow, though that doesn’t seem the right way either, as you just come across as someone who is boasting or blatantly selling themselves.

What can you do then to be as smooth as the men around you? If you haven’t noticed it yet, start observing now, and you will see that many men cleverly weave their achievements into the conversation. They think nothing of it to let you know how brilliant they are, and what they have achieved over their career, and in fact even last week. If you observe the ones who are truly good at it you will see they constantly drop positives about themselves into the conversation quite casually. Without anyone noticing they are boasting, they do manage to leave you with the impression that they are friendly, clever and very accomplished people.

How can you achieve this? Is it enough to just emulate men? And how to get rid of that hugely uncomfortable feeling?

Why does it seem so Hard to Boast for Women?

First let me make clear that this is nothing to do with women being less confident than men. Women are confident, but it just shows in other ways. There’s something behind your reticence to boast that is almost bigger than you. Just the same as there is something behind the way men feel the constant need to broadcast their accomplishments.

Men compete on being the biggest, the best and the strongest. This could be in their own nice, such as the best computer programmer, the fastest to complete a task, or the best at repairing lawn mowers. Once they are at the top they feel safe, as no one will attack you when you are the strongest. Broadcasting your achievements is part of the way they compete and can show they are at the top. You will see many little boys practice this from a young age, stating facts such as, ‘My dad has a sports car’ or later ‘I have the highest score on Minecraft, do you want me to show you how to do it?’ Other boys tend to be suitably impressed and often respond by stating their own brilliance.

Women compete too, as fierce as men. However, they compete on being the best at relationships, being the nicest and the most popular. This doesn’t mean they are nice, it just means they need to be seen as nice. They feel safest in a group of friends, after all no one will attack their friends. Broadcasting your achievements is a sure way of damaging your relations in a group of girls. No one is impressed, as it really isn’t nice to place yourself above others like that. Girls who do are quickly ostracized from a group.

So it’s simple. You feel uncomfortable boasting, as you have learned it is ‘not done’ from your girl friends from a young age. In addition it threatens your sense of psychological security. Besides, unlike men, you have not been honing this boasting skill from a young age, so little surprise then that your words sound rather crude.

Gain Confidence and Learn to Speak Up

So what works then? How can you overcome this shyness and feel more secure. It’s all about finding ways to make it work for you.

Now that you know why you feel so uncomfortable boasting, that’s already the first step. Being aware of an issue often makes most of it go away. Okay, so you are just afraid of damaging the relationship. Is this an important relationship? And will you really damage it by saying something positive about yourself? Catch your thoughts and feelings on this and question them.

As you are aware your boasting might damage the relationship, that’s where another part of the solution lies. It’s about experimenting with ways that you can feel you build on the relationship, whilst still being clear about your achievements. Do you really have to place yourself below someone to keep a good relationship? What other ways can you think of to build the relationship AND state what you are good at?

For some it can help to mention others as well. ‘I was really happy I could help my client when I finished their massive project within time’. ‘I was really lucky to work with that team, as I got them to double their results within 6 months’. How can you phrase your boasting so it sounds like it is about others?

4. You are helping others

Perhaps you are just talking about the issues that arise, and never balance that with achievements. That’s just not realistic, as I am sure you have both every day. So make sure you help your manager and give them a realistic picture.

5. The world needs you

Men and women are different, they see and think differently. If your accomplishments are never highlighted, no one will ever know about them. You need to speak up, so the contribution of women to the world is seen as much as that of men. Your contribution is valuable, as it is most likely different from that of someone else.

Where to start to Gain Confidence and Speak Up

So now you just need to start observing and practising. Listen to how other, more senior women, do this. Listen or read interviews with senior women to find out how they phrase their achievements and pick the ways that work for you.

Observe yourself and make a list of your own accomplishments each day. They can be small ones. Perhaps you added a point during a meeting, you got report finished within an hour, or you built rapport with a new contact.

And of course just do it. Initially it will feel strange. But, when you do it more often, you gain experience and it will get easier over time.