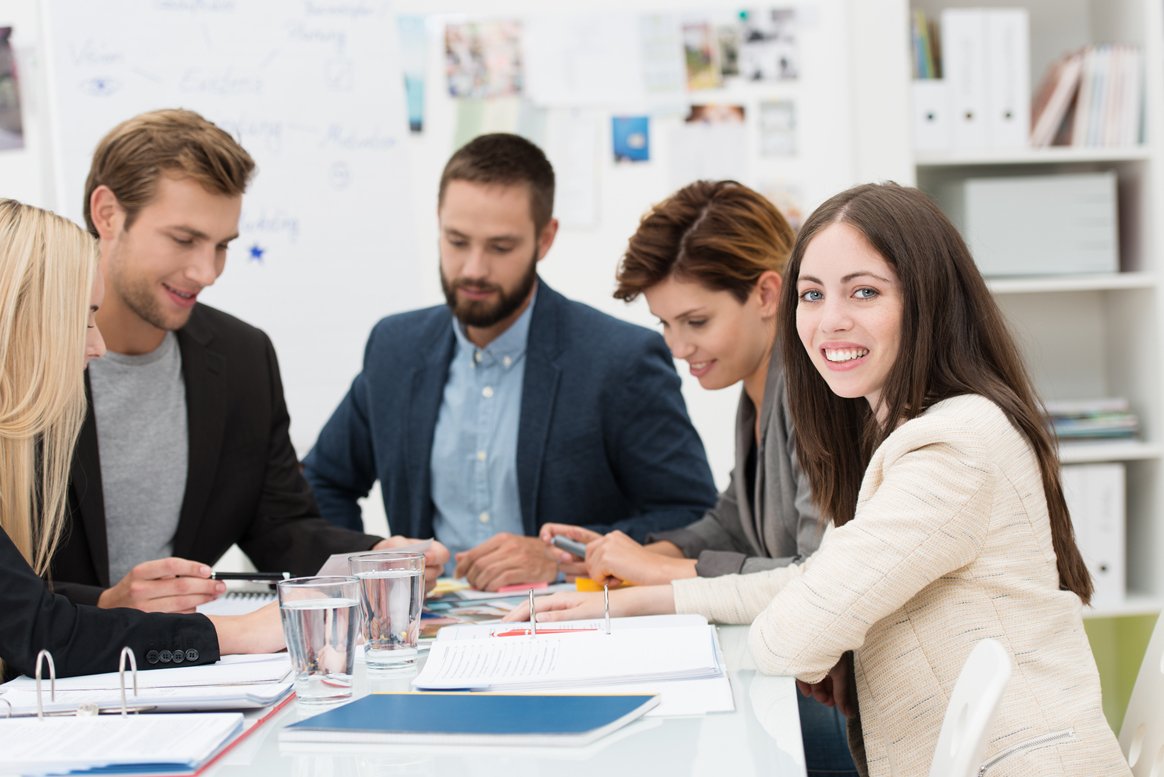 Of course you hear all the time that women need more role models, and that one of the main reasons women aren’t choosing tech & engineering is the lack of role models. But even if you are committed to making sure you have more visible female role models, it isn’t necessarily easy. Where can you find these women that can act as role models? How do you encourage them to be a role model? And then what does ‘being a role model’ even involve?

Let me show you why role models really can have a big impact on gender diversity and what you need to do to get the most impact from them.

Studies* show that role models are an incredibly effective way to encourage women to make different choices. Their effect is based on the concept ‘Seeing is believing’, and interestingly this works at multiple levels.

Regardless of how many scientific studies are cited, it’s hard for men to imagine women would be good CEOs if they don’t see many of them. At university a male friend of mine used to say, ‘If women were really that good at electro-technical engineering, then why do I not see them taking it?’ It’s that simple. When men see women do it, they know it’s possible. In a study during a women’s leadership project in India they found that men that had been exposed to a minimum of two female village leaders were more likely to vote for them.

Women are often discouraged by others to follow a particular track. Female engineers regularly hear discouraging remarks at parties such as, ‘Gosh, an engineer, that is unusual?’ and ‘I am sure that is difficult’.

These remarks don’t help. It’s like when you are running a marathon and instead of getting encouragement and people cheering you on, you get people doubting your choices and pointing out how hard it is the run a marathon. It makes it harder to keep on believing you will actually get to the finish line.

When others see more women doing those jobs, these stories change. In the same study in India mentioned before they found that after seeing a minimum of two female chiefs, parents were more likely to want their daughter to study past secondary school.

How to get role models in gender diversity right

Over the years I have seen clients work with role models, seen many women being picked as role models and have even been one myself at some points. Here is what I have learned.

1. Choose a role model that is close

It turns out that inviting highly successful female speakers can sometimes have the wrong impact; it discourages women. They look at the successful person, and it is so far away from their own experience that they can’t imagine themselves in that position. When you choose role models, include ones that are one or two steps ahead of your audience.

2. Men can be role models for women too

An all-women Lean-In group at LumesseLearning invited a male executive to one of their meetings. He talked about the challenges and pressures he experiences, and how he finds solutions to them. He is a father and loves cooking, and has to make choices he is not happy with. It was a real eye-opener, and it allowed women to imagine themselves in the role of CFO. They are now considering inviting male colleagues to some LeanIn meetings too.

A range of organisations I have worked with find – just like LumesseLearning – that in fact men can be role models too. Women often like to know what the next step involves, or what experience is needed to get there. When men openly share their own fears, the issues they had to overcome, and what it’s really like to be in their position, it’s just as powerful to convince women it may be for them.

3. Make the ‘way to get there’ visible

Women often think they are not ready for something or don’t have the right experience. It can help to make the path to a more senior role more transparent. For instance women sometimes believe there is only a linear path to the top, and it helps to show them that it’s not like that for everyone. Ask your role models to talk about their path to the top.

A client I worked with found at that women self-select out of sales positions. Unfortunately this sales experience often is a good step up to more senior roles. She wanted to know what was behind this and found out that women in the company believe sales work doesn’t work for them as it requires lots of travel and long hours with breakfast meetings, evening dinners and networking. The women she asked also felt it required a ruthless commercial attitude that they weren’t keen to develop. This was the picture these women had created by seeing male colleagues in the role. However, it is actually possible to do the role in different ways, and still be incredibly effective. So she made a video interview with the two women they do have in a sales role, asking them about what they enjoy in the role and how to make it work. Thus, the client started to create a different image of sales, and showing it can be done in other ways.

It’s important to work specifically on making role models visible. Organisations can look at creating a gender balance in images they show on their website, on social media and in the company magazine. But it is also key to go beyond that. Check if you have gender balance in both internal and external speakers, presenters, trainers and forum members. Check if there is gender balance in speaking time allotted as well.

When creating visibility it can work well to think of ways you can challenge gender stereotypes on purpose. Show for instance a male nurse and a female doctor or place interviews with men that are working flexibly.

6. Show a variety of role models

Not all women are the same. It is helpful for women to see that there is a wide variety of (female) leadership styles.

7. Ensure there is something in it for the role model

Senior women – especially those in male-dominated organisations – are often asked to be a role model. They may well spend a considerable amount of time on tasks related to this, rather than on their own career. Ensure they are adequately compensated, and look wider at who could be a role model, e.g. by looking at women a couple of levels below them too or by looking at men.

Andrea Miles, Executive Director at LumesseLearning, mentions that when she is invited she goes as a ‘leader’, rather than a ‘female leader’, and is keen to not just focus on women but encourage both men and women to be good leaders. She mentions there is a lot of stigma around female leaders and being asked as a woman can seem as if ‘you haven’t earned it’.

In fact Sheryl Sandberg, COO at Facebook, once advised women to accept any invitation, regardless of why you were invited, and make the most of the situation by getting a key point across.

8. Where to find role models

Even when you look wider in the organisation, it can sometimes be hard in male-dominated industries to find someone who can act as a role model. Sometimes you have to create your own. In the NextTechGirls project they arrange internships in tech for secondary schools, then ask the girls to make video’s of their experience and post them online. This has created a valuable database of stories that is incredibly powerful in attracting more young girls to tech internships.

Sometimes you can tap into initiatives of others. A number of companies went along with the #Iamanengineer campaign, where they asked women to post an image of themselves on Twitter with a sign #Iamanengineer. Intel for instance encourage the campaign internally.

You can also look at bringing women in from the outside, such as external speakers, trainers, subcontractors or clients.

*Studies to see the impact of role models include Seeing is Believing: Exposure to Counter Stereotypic Women Leaders and it’s Effect on the Malleability of Automatic Gender Stereotyping or Successful female leaders empower Women’s Behaviour in Leadership Tasks

Many thanks to Iris Bohnet, as some content and ideas in this blog are drawn from the book ‘What Works – Gender Equality by Design’