The Surprising Facts about Gender Difference at Work 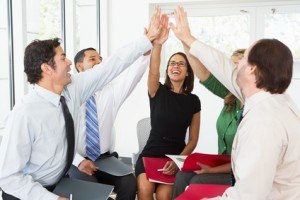 Traditional feminists don’t like it either, as talking about difference can be dangerous. Difference can easily be used for the wrong purposes, and be a great argument for paying women less, assigning caring tasks to them, or even to not allow women out of the house un-chaperoned. After all, it’s not that long ago women were perceived as weak, emotional creatures that needed to keep their precious minds far from business and politics.

Research into gender differences only started about 40 years ago, and we are still at the start of really understanding them. There is very little research about gender difference at work, apart from research into women leaders, but most of us are not leaders. What we know is that mostly, men and women are the same, can take each other’s roles and can achieve the same in most fields. Even though there are typically male and female characteristics any one male or female could have a mix of either. Recent research into the structure of our brain is a good example.

But that’s not true for all characteristics and when looking at the complete picture brain structure, brain processes, psychology, biology and hormones, women typically have more female characteristics than male.

I love keeping up to date on gender difference and picking out valid, well-grounded research results. That said, personally, I am more of a practical person. I look at how we can use what science finds, and apply it to improve our own lives. I love to test theories and see what happens in practice.

So I talk about the latest gender difference at work, using gender differences that are found in brain, biology and psychological research and applying it to work situations. I do talks for women, managers, and mixed gender groups and the results are surprising.

Mostly, men find it a relief to hear about gender difference at work. A male senior diversity manager told me, ‘Here, we believe in equality and we believe men and women are all the same. Mentioning that women might be different, is more of a taboo in my role than talking about being gay (which is actually quite accepted here now). Yet, we all know stuff happens at the water cooler between women that we guys just don’t get. It’s such a relief that can be talked about now.’

Interestingly, not only do they find it a relief, I also find it empowers them to engage in the diversity issue. A male partner in a law firm said, ‘I don’t want to be seen as a bigot or a racist. Of course I can see men and women are different. You are right, we need to leverage that. I don’t know why we haven’t done that yet.’

Women’s response to gender difference at work is that they feel empowered. Recently a lady came up to me after a talk for a women’s network and said, ‘I always thought I was a bit silly, and needed to be more professional. Now I realise that the way I do things isn’t silly, it’s just a different way of getting to the same result.’

A senior manager in a bank told me. ‘I wish I would have known this 20 years ago. I always got feed-back that I was too emotional. I took that very personal, and tried to work on it. Only recently I realised that being ‘emotional’ is actually what helps me bond with clients. When a colleague came up the other day and mentioned I am too emotional, I said that indeed I was and that is exactly why I have solid long-term client relationships.’ She now sees her own value, and can own it.

Looking at gender difference at work helps organisations change their processes and systems so they work for both men and women. When recruitment strategies are made gender bilingual, they speak to both male and female audiences, and are much more effective. Promotion criteria and processes can be made gender smart, so they allow for different working styles and life styles. Learning and development interventions can be focussed on what men typically need to learn and what women typically need to learn. Thus an organisation is created gets maximum leverage from what each gender brings.

When taking into account gender differences, and looking at what usually works for males and add what works for females I am convinced we can create better places to work. Better for women, but also better for men. There are so many men who don’t fit the typical male model in the workplace. If we could create workplaces that work for both genders, they will work better for all.