Gender diversity and culture change – What are the barriers for women? 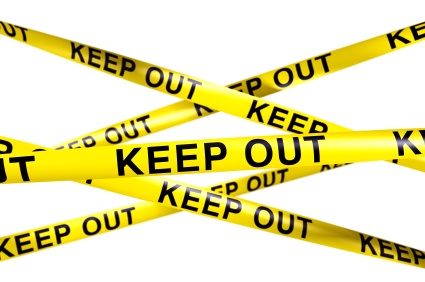 A client had a question about gender diversity and culture change. They had recently picked up that women were no longer moving up at the same rate as men. They had grown from 60 to 300 employees over the past 4 years, and a female senior partner had the impression that with the fast growth perhaps the culture had changed.

A female senior partner had the impression that some men were promoting in their own image and some departments had developed a competitive culture that didn’t seem to work well for women. Was this perhaps the reason that the last shortlist for senior roles had been an all-male one?

The client asked me to verify their own observations and ut feel. What was going on with gender, and what could be done to improve? They made it clear that they didn’t believe in simple solutions such as an ‘unconscious bias’ training and quota’s. Instead they felt that these gender issues required something less tangible: a culture change.

The leadership team believes firmly that diverse teams get better results. They are proud to have won an ‘Employer of the Year’ award, and are keen to be a great place to work for a wide variety of people.  The ideal solution they explained would not just incorporate gender, but would address a wider diversity agenda.

The HR Director had already done her own quantitative analysis.  So I suggested to complement that with a qualitative analysis. We ran a series of focus groups with a total of 10% of staff and conducted exit interviews with people who had left in the past 5 years. We then presented those findings to all partners, and involved them in developing the solution further.

The quantitative analysis showed that

– women leave more than men in the first 3 years

– at entry level 44% of staff is female, whereas at senior levels this drops to 39%.

The qualitative analyses focused on questions about belonging, support, advancement and flexible working.

It became clear that staff overall staff enjoy working at the firm. People feel they belong, are respected, valued and recognised for their contribution, regardless of age, gender or background.

However, some key issues were identified:

Interestingly none of these issues are to do with diversity directly, and when asked, staff mentioned they all feel treated fairly.

Yet, from research we do know that it is harder for women and people from different backgrounds to feel supported, included, respected and advance when systems are informal, not transparent and it depends on ‘who you know’.

This is noted by some of the senior staff: ‘girls need more reassurance and are more self-critical’. That would explain why women aren’t moving up at the same rate as men.

And indeed, it were typically the women and ethnic minorities who – in the focus groups – did start the conversation on how it is harder for some when it comes to advancement, support and recognition. That seems a clear sign these issues are more keenly felt by people that are not the norm.

In a workshop with senior partners we created a vision on diversity, “Create a firm where people can achieve regardless of who they are. We believe this is fair, the right thing to do and better for business. We are committed to closing the gender pay gap”.

Our key ideas for the client were:

The client is keen to take forward all suggested ideas and has already improved communication about job roles and grading. The HR Director has made a programme for implementation. It isn’t named ‘Gender Diversity and Culture Change’, but leadership awareness, training, and changes in processes and systems will lead to increased opportunities for are aimed at supporting a culture that is good for all staff and good for business.