Create a Gender Inclusive Culture – What Men Can Do 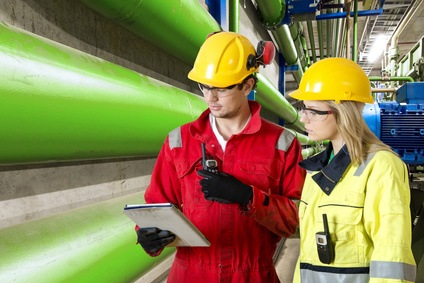 I meet many men that are keen to keep women in and help women advance. They are well aware of unconscious bias and know that a better gender balance has a positive impact on the team and it’s performance. However, they often lack the experience to know exactly what to do. It seems to them that they try to be open and kind and allow for a wide variety of styles in their team. But nothing they do seems to make a difference. They conclude that women just don’t want it, lack the confidence or are not as ambitious, or seem to prefer to give their family priority over work.

Recently I have heard some success stories from men who have succeeded to keep women on board. Those men made it one of their key goals to create a gender balanced work place. That helped them to find the right focus and creativity, and it turns out that creating a place that works for men as well as women isn’t as hard as it seems.

Why men struggle to create a gender inclusive culture

It’s only logical that most people are not aware what to do to create a gender inclusive culture. Historically, organisations were designed for men by men, as only men worked in organisations. This is true for the roman army, but also for the early industrial era. Even in the seventies most people in an office and in many industries were male.

Men are just not the same as women. However, at work women have always been expected to adapt to what works for men, after all that’s the way business is done, ‘that’s the way we work here’.
If you are keen to retain women, and ensure they advance, you have to be aware that some things just don’t seem to come as easy and natural for most women as they are for most men. Once you know this it’s easy to be more gender inclusive.

So men and women are not the same, and you need to do a few things differently to ensure women stay and advance. Here are 4 simple things you can do today to create a gender inclusive culture.

Many women – even very ambitious ones – tend to have more reservations about putting themselves forward than men. It’s because they fear that people may think they are presumptuous or aggressive if they do, and they may not like her.

To understand why this is stopping her, you need to know that ‘Being liked’ is key for women. From a young age they have learned to compete for hierarchy on being ‘the nicest’ and being the ‘most popular’. That’s how girls compete.

For men it’s different, as they compete for hierarchy on being ‘the biggest’ and ‘the best’. Putting yourself forward does require courage and confidence for them too, but there’s the reward of moving up in the male ‘who is the best’ hierarchy. For women there’s just the added risk of moving down in the ‘who is the most liked’ hierarchy. What’s needed is just a little pull, or encouragement to overcome that.

When you believe she is ready, but her name is not among the list of applicants, approach her and ask her what stopped her. Share why you believe she needs to apply, ideally with some verifiable facts. This may just be the sort of encouragement that nudges her to apply.

It’s better to start even earlier and have regular conversations about her ambitions so you can find ways you can encourage her to step up, or suggest stretch projects that link to her ambitions.

Reduce objections to actual facts. The best question a manager once asked me was, ‘Which part of this assignment could you not do?’. Breaking it down in manageable chunks helped me see I could do the assignment, and my hesitation wasn’t realistic.

2. Give women space to speak

Women tend to have different conversational rules than men at work, and as a result they can struggle to be heard. In a boys’ culture – where it is all about being seen as the biggest and the best -it’s important to take up speaking time, and learn ways to ensure your opinion is taken serious. Boys practice these conversational techniques from a young age.

In a girls’ culture – where it is all about being seen as the most liked and nicest – it’s important so give credit to others, support each other’s’ points and invite opinions. Therefor it can be hard for women to break into a discussion, dominate the conversation or disagree openly. It’s just something they have not grown up doing in their peer group of girls. How to be allowed to finish a point without being dismissed is a skill they haven’t practiced as much either. As a result they can lose out in conversations in mixed gender groups and relevant points are often not heard. In addition women can lose the motivation to take part in discussions and start feeling isolated and undervalued.

It’s easily remedied. Just make sure she is invited to speak or give her opinion. Then ensure she is not interrupted and gets credits for her contribution, rather than it being dismissed by a man trying to score points.

3. Ask women what they need, then make it work for them

When asked, or encouraged to move on, women will often mention legitimate practical reasons why they believe they cannot move up.

Encourage her to move up, by letting her know how much she is needed at work. Find out what it is that is stopping her, then find solutions for that. For instance if she mentions she wants to be good parent and a high-performer in her role. Simply ask her what needs to be in place so she can be both. Then find ways to make it work for her.

Often it’s not so much about adopting new flexible working policies, but more about making individual, tailored, adjustments.

Women tend to have a different working style than men. They will achieve the same results, but may go about it in a different way. The way women work isn’t always as well accepted as the way men work in an environment that has originally been shaped by men. That’s why you may need to support a more female style of working.

If she is using her intuition, allow for that, and give her time to find facts to support her instincts. If she asks many questions in a meeting, comment on the fact that decisions are better thought-through now that all aspects have been looked at.

Making a gender inclusive culture work for you

Of course it will not instantly feel natural to try out some of these new behaviours. You may feel a bit silly encouraging someone to apply or protecting someone in a meeting. Yet, once you start seeing results it can be very rewarding, and you will wonder why you never tried it before.

You will also find that allowing for and actively supporting a wider variety of working styles, will give space to men to try out new behaviour as well, and can lead to more creativity, innovation and better decision-making of the entire team.