The Gender Pay Gap – Should you Just Negotiate More? 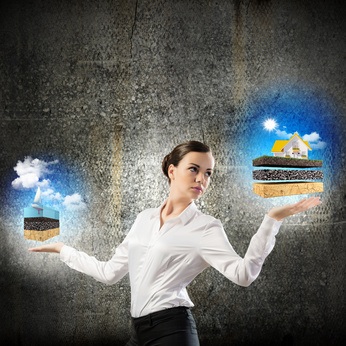 I am sure you have heard the stories in the media about the gender pay gap. What does it do to you? Does it make you angry, and do you blame the male dominated world we live in for blocking your career? Or are you more on the side of the actress Jennifer Lawrence,  blaming yourself for wanting to be liked, and giving up to early when negotiating. Do you believe you are just not firm or brave enough to negotiate? That perhaps you missed a trick when you were hired or when you were last promoted?

Let me stop you there. It’s not that simple. There is a much deeper reason why women are paid less, and it’s not your fault at all. However, you are the one who can change it, and it’s not just by negotiating harder. It’s easy and it starts long before you negotiate.

Why women are paid less

Let me first make clear that the gender pay gap is real. So, even if they are in the same jobs and have the same experience and are set the same targets as men, women are paid less.

I believe this is connected to how women work. Yes, women can do the same jobs, however they will often do it in a different way; less visible and more facilitative.

Women for instance, usually have a more inclusive and accessible style. This is linked to how women compete. Women compete on relationships, being nicest and most popular. This doesn’t mean women are nice, it’s about being seen to be nice. Commanding someone, putting yourself forward or speaking highly of yourself isn’t accepted in a group of girls, as that just isn’t nice. Girls learn that from a young age, and if they do not conform other girls will ostracize them. Inclusive language and behaviour and commenting positively on others helps build their position in the hierarchy.

So there’s nothing wrong with you if you have the same as Jennifer Lawrence and want to be liked. It’s how you have learned to compete. And of course you are afraid of speaking up more and of negotiating as you have learned from a young age from your peers that it will cost you friends. There’s one downside though when you do not speak up and negotiate: Your results are not seen, they are attributed to circumstances or the team will get the praise rather than you.

Men usually have a more commanding, controlling style. They compete on being the biggest, the strongest or the best. Their position in the hierarchy can for instance be demonstrated by words, so it’s important to broadcast achievements and speak in a commanding, authoritative way. Their place in the hierarchy can also be demonstrated with status symbols such as job titles and perks such as office size, desk size or car and salary and related benefits. Boys learn from a young age to compete in this way, and it is readily accepted by other boys. No wonder then that they have learned to boast so well.

I believe the decline of the status of GP’s is a great illustration of this. GP’s used to be highly respected individuals in the community. Their style was paternalistic; the doctor knew best. Even though in reality many diseases could not be cured, and medicines were mostly invented by trial and error.

Now over half of GP’s in the UK are female. A GP has become much more of partner, where a dialogue with a patient and patient-responsibility is encouraged. There is also more attention to prevention of diseases. Medical research is now much more scientific with an understanding of how medicines work on DNA and the processes they interact with in the body. However, GP’s do not have a higher status, but a lower one. The achievements are immense, but the recognition has not kept pace.

It seems rather unfair, and somehow not easy to solve, as it is so much to do with tiny perceptions of people. The perception of your value. The solution starts with recognising that you are different, and then find a way to apply that knowledge so it helps you.

Here’s what to do.

Women do work differently from men. How do you work? The way women work is less visible, but it brings massive value. Your contribution is of the same value, yes, the same value as that of the men you work with. Negotiating a better outcome in a confrontational way, or by subtle influencing the relationship is both still negotiating and both will get your employer a better deal.

2. Experiment with ways of speaking up

Speak up about how you bring value, because the way you work and bring value tends to be less visible. But don’t just speak up. Find ways of speaking up that work for you. Watch what others do around you.

Just notice how often you share what you failed at, and check if there is a balance with success stories. Many women happily share how they screwed up their last client call or loudly exclaim they are sure they will miss their next deadline. ‘Oh no! I am sooo behind!’ Is that you? How often do you share a negative outcome or one of your (small) mess ups?

Now be realistic, you are not a complete failure at everything. Most things in your day go well, and you do achieve most deadlines, as well as bring your tasks to ‘good enough’ results. So make sure you give others a fair impression of you and also talk about your successes

4. Change your perspective
Try putting it in a different perspective. Talking about your achievements doesn’t have to be damaging. It can actually build relationships. If other people know what you are good at, it’s easier for them to come to you when they have a problem that needs solving. If your line manager knows what you have achieved, it gives them ammunition which they can use to boast about their teams achievements. So in fact you are helping your manager and your colleagues.